Perkin >> Blog >> Knives >> How to Remove Rust From the Blade of Your Knife? 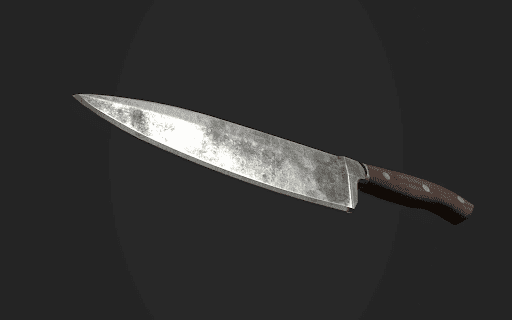 Rusting is a natural occurrence that happens when moisture and iron interact. Even though it can feel like the end of the line, it can still salvage those rusted artefacts.

You’ll be able to restore that pricey chef’s knife or hammer to its original condition after you understand how to remove rust.

The term “rust” refers to the reddish-orange flaky iron oxide substance you may have noticed on certain metals. When moisture and iron interact, this substance is created. It need not even be actual water; it could simply be the presence of water in the atmosphere.

Why Do Knives Rust? 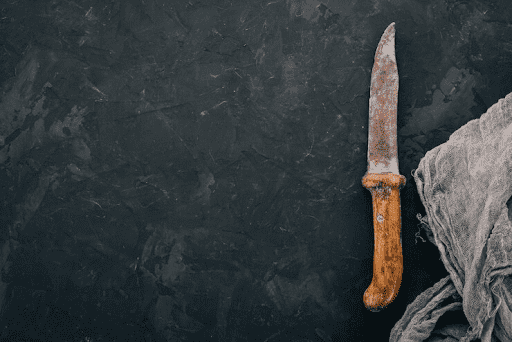 Any metal can develop rust, the brown and orange iron oxide you notice on your favourite kitchen knives. When metals like steel are exposed to acidic chemicals like water, rust can start to form.

Fortunately, the minor rust spots on your blades are very safe. And even though it might not be as appealing as it once was, using it with food is still safe. However, if there are too many rust stains on the knife, they could eventually render it useless and start to contaminate your meals.

How to Remove Rust from Your Knife?

Before you buy knives online, you must know how to remove rust from your knife. Here are a few methods to try. 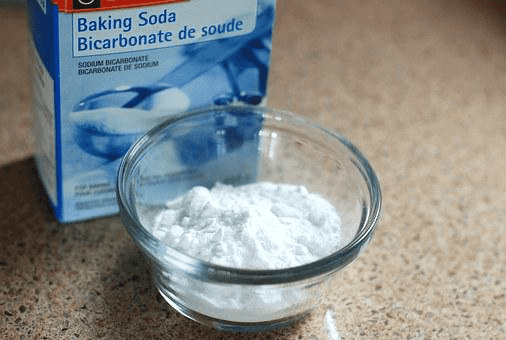 For this technique, you’ll need a soft sponge, water, and baking soda. 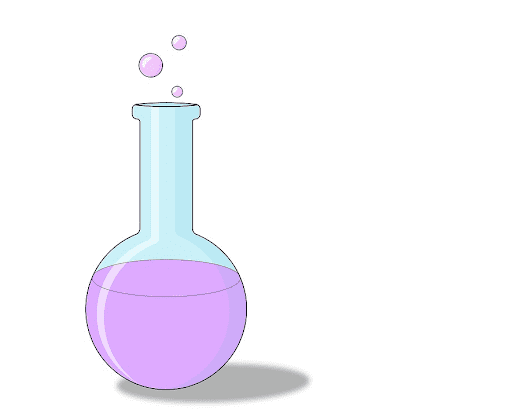 Use white vinegar since it includes acetic acid, which will dissolve the rust. Other kinds of vinegar could cause stains.

You can also soak a paper towel in vinegar and wrap it around the blade if you don’t want to get the whole blade (or knife). Keep the knife there for no more than five minutes. If you wait much longer, your blade can get damaged.

After it has finished soaking, you should clean the blade. If there is still a small amount of rust at this stage, you might still want to use the WD-40 or baking soda technique. You can use mineral oil for further cleaning and protection.

It is not necessary to explain this procedure. Apply a little mist of WD-40 to the blade’s troublesome areas.

Use very fine sandpaper (around 400 grit) to remove the blade’s rust carefully. Avoid touching the edge if you don’t want to screw it up.

That ought to be sufficient. As mentioned earlier, one of the two techniques might be appropriate if the rust is heavy. Avoid using the knife for any food preparation once more.

There are some natural methods that can be used to remove rust from the knives. 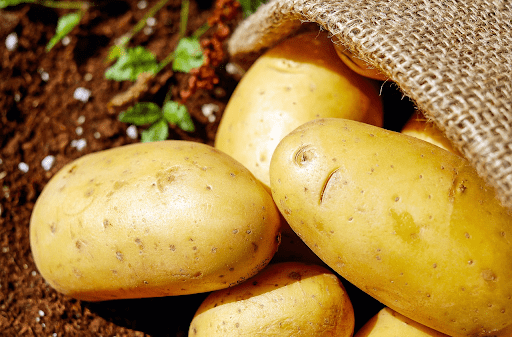 The simplest advice is this. You only need a potato to use this technique. Slice the potato in half, clean the knife on both sides, or leave the knife in the potato for a few hours. The potato’s oxalic acid will prevent rusting. The knife can be rinsed and dried with a soft cloth.

2. Onion to Remove rust from a Knife

Another food that aids in rust removal naturally is onions. The rust will start to fall off by itself if you saw back and forth into an onion.

The main components in onions that help clean your blade are sulfenic acids. 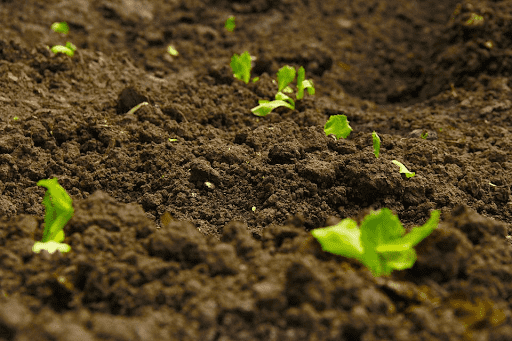 Another more organic method that many people advise is to repeatedly dip your rust-covered knife into rich soil before wiping it clean.

Everyone has their technique, so share it with us in the comments.

How can you keep your metal objects shining now that they are rust-free? Rust is primarily caused by water; therefore, keeping things clean and dry is important. After use, knives must be cleaned and dried as quickly as possible.