Perkin >> Blog >> Knives >> Everything you need to know about Kukri Knives: Uses and Benefits 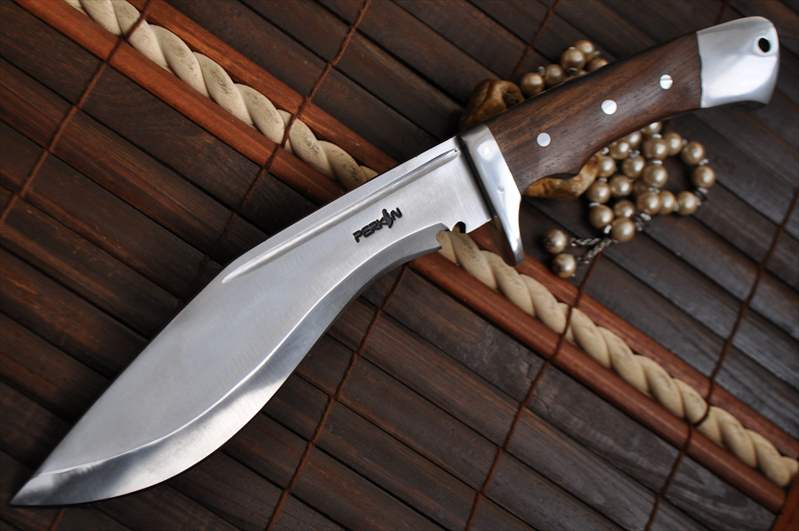 It is a distinctive weapon of the Nepali Army, Royal Gurkha Rifles of the British Army, Assam Rifles, Assam Regiment, Garhwal Rifles, Gorkha Regiment of the Indian Army and all Gorkha Regiments around the world. Some people refer to it as “Gurkha blade” or “Gurkha knife.”

Kukri knives often appear in Nepali and Indian Gorkha heraldry and are used in many traditional rites such as wedding ceremonies.

Researchers trace the origin of the blade to a domestic sickle and prehistoric bent rod which was used for hunting at first and later for hand-to-hand combat.

It is useful as a tool in cooking. Due to its weight and the slashing blade which has a curved shape, it produces a “wedge” effect that causes the blade to be effective and deeply cut. Since the blade is bent towards the opponent, the user does not need to angle the wrist while performing the cut motion. Unlike a straight-edged sword, the center of mass combined with the angle of the blade allows the cook to chop.

The edge slides across the target surface, while the center of mass maintains momentum as the blade moves through the cross-section of the target. This gives the person a penetrating force for its length. The design enables the user to penetrate deep wounds in the bone. Thus, it can be used as a weapon too.

It is most famed for use in the army, the Kukri knife is the most commonly used multipurpose tool in the fields and homes in Nepal.

It is used as a common farm and household tool. It can act as a small knife using the narrowest part of the blade, closest to the handle.

The heavier and wider end of the blade which is towards the tip, acts as an axe or a small shovel.

Kukri knives are sharpened very quickly and can be maintained with zero effort. If you use Kukri for food preparation, you should apply grease on it as that will keep the blade coated. In this way, it will rust less.

If you find yourself in a situation where you need to defend yourself then, use the kukri knife. It is amazing for combat applications.  However, try to avoid using the kukri knife UK until very urgent because it is going to turn out messy for someone. This is the best combat tool available.