Perkin >> Blog >> Knives >> The History of Bowie Knife: Here’s What You Didn’t Know 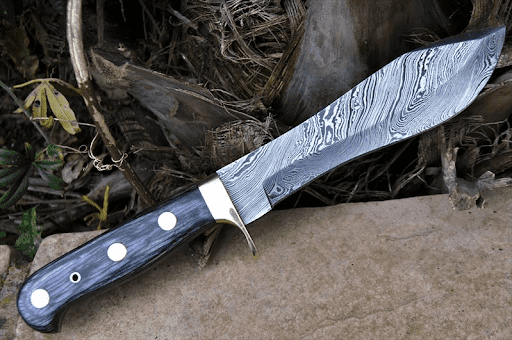 The Bowie knife is a renowned blade that has appeared in several movies, TV shows, and novels. The name “Bowie” is well-known to those who are not expert knife users. It might take an entire book to accurately explore all the historical nuances surrounding Jim Bowie’s story, the knife fight at Vidalia Sandbar, and the following events. You see, there are a lot of historical facts about Jim Bowie and the knife that bears his name that is incredibly hazy and not at all consistent in eyewitness stories and historical writing. But perhaps the fact that it is a true myth makes it so intriguing.

What is a Bowie Knife?

James Black invented the huge, fixed-blade knife called the “Bowie.” The Bowie knife design has evolved through time, and a contemporary Bowie will almost probably have a clip point and crossguard in addition to several purely aesthetic features. Many knives in the early iterations included both crossguards and clip points, making it challenging to identify the knife’s design as being distinctive or particular.

Black, an American knifemaker, is frequently credited with developing the Bowie knife. Every part of Black’s knifemaking appears to have supporters and opponents of the historical accuracy, much like the narrative of Jim Bowie’s fight at Vidalia Sandbar.

According to legend, Bowie’s first famous knife was forged by blacksmith Jesse Cleft in Avoyelles Parish, Louisiana, from an old file that was purportedly fashioned by his brother Rezin. There is evidence in historical court documents that Cleft and Rezin Bowie knew one another well. In an 1885 letter to Louisiana State University, Rezin’s granddaughter stated that she had personally seen Cleft create the knife for her grandfather.

The Sandbar Fight, a legendary 1827 combat between Bowie and numerous men, including Major Norris Wright of Alexandria, Louisiana, is when this knife first gained notoriety. On a sandbar in the Mississippi River, across from Natchez, Mississippi, a brawl broke out. Bowie was shot, stabbed, and battered nearly to death in this encounter but prevailed.

John, Jim Bowie’s older brother, asserted that the weapon used in the Sandbar Fight was not Cleft’s knife but rather a knife manufactured by a blacksmith named Snowden, especially for Bowie.

What’s So Special About Bowie Knife? 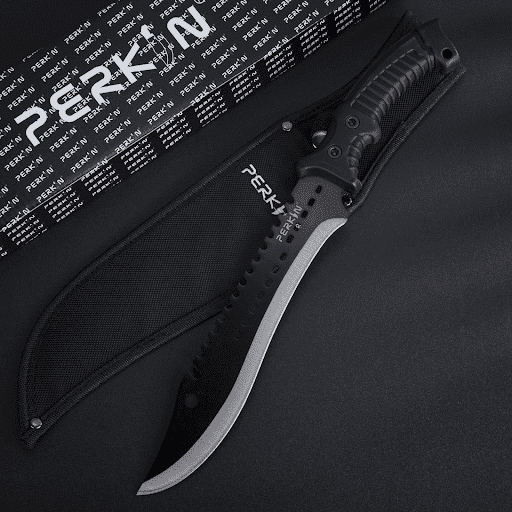 The legendary Bowie Knife is the most iconic American knife design in history. About Jim Bowie and his knife, there have been countless books and countless articles written. There has been debate over who created the original Bowie knife for 200 years, and no one knows. Since its inception, it has served as a mainstay for various people, including Rocky Mountain trappers, Confederate soldiers, buffalo hunters, explorers, and even senators and governors. Even though there are many different shapes, sizes, grip designs, and guard styles, most sportspeople can instantly identify the knife.

More than a dozen different people have claimed to have created the “original” Sandbar Fight Bowie knife, from Rezin Bowie, the older brother of David Bowie, to an unknown knifemaker in New Orleans. Three blacksmiths, Love or Lovell Snowden, Jesse Clifft, and James Black, are among the other possible candidates.

Since Bowie’s death at The Alamo on March 6, 1836, during an onslaught by General Santa Anna’s Mexican Army, there has been much discussion regarding the provenance of his knives. From a knife produced by Louisiana blacksmith Jesse Clifft for Jim’s brother Rezin Bowie to a knife crafted by Arkansas blacksmith James Black, the latter a colourful figure who may have also claimed to have found the ability to make Damascus steel blades, on Jim’s orders. It is extremely improbable that anyone will ever find out the truth.

Regarding Wostenholm and their association with James Bowie, there are two assertions presented. The first allegation is that Bowie placed direct orders with Wostenholm for knives for himself and his close acquaintances. The second, more well-known version is that Bowie was found with a Wostenholms knife when he died at The Alamo.

It is impossible to know whether these two tales are accurate because there are no longer any corporate documents from that time. Given Bowie’s reputation, any knife discovered at The Alamo would have been taken along with the rest of Bowie’s belongings by the winning Mexicans. What can be claimed is that the former owners of the Wostenhom corporation appear to be confident in the integrity of these connections. They might have had access to concrete evidence that has since been lost. It is pleasant to think that two outstanding guys like Jim Bowie and George Wostenholm crossed paths.