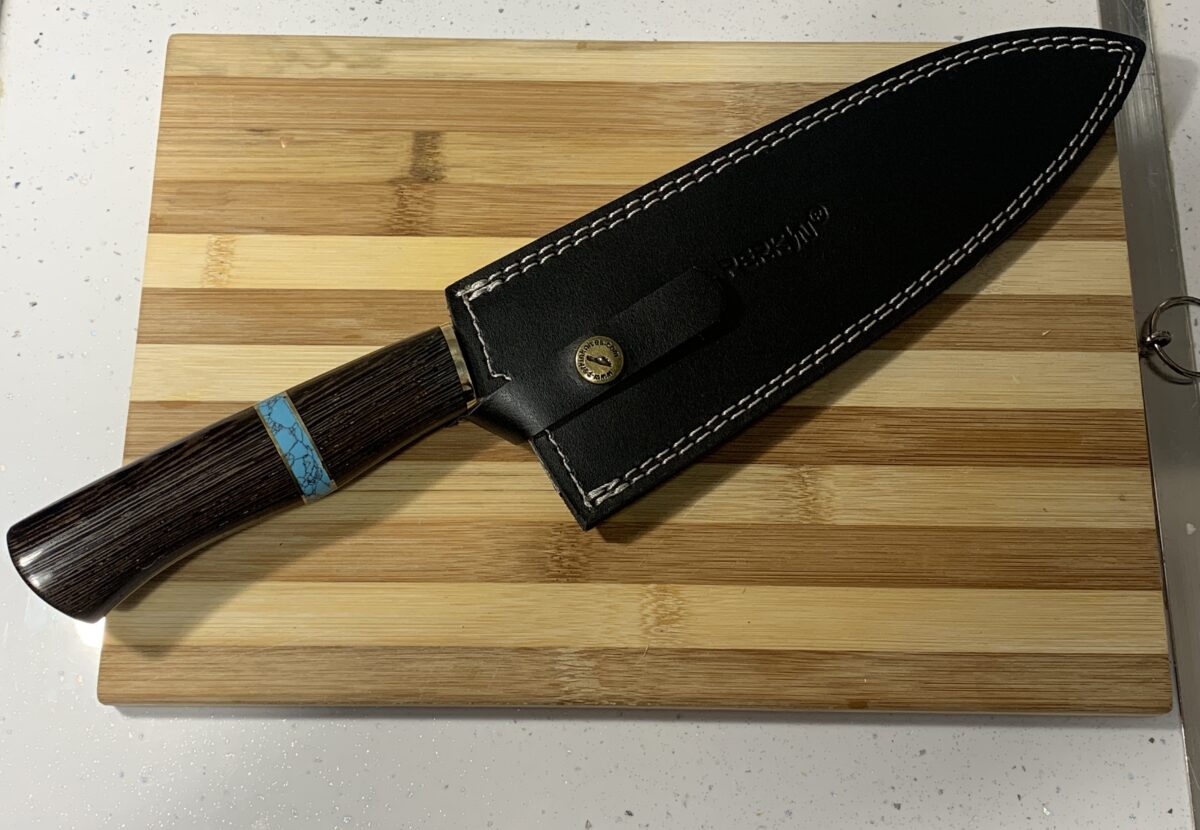 Originally made by Islamic metalsmiths in the 4th century B.C., Damascus was one of the most prestigious and sharpest steels that were used to make swords. If a warrior had a sword made from Damascus steel, their chances of surviving an attack were quite high. Also known as Wootz steel, the Damascus blades had beautiful, swirling, fluid patterns running throughout the surface.

Even though we lost the ancient ways of making Damascus steel centuries ago, modern metalsmiths have discovered new methods to produce steel that looks similar to the original steel with its beautiful swirling patterns.

In the current times, modern Damascus steel, which is a material made by forging multi-layers of different types of steel, is used in high-end Japanese chef knives. These are the Damascus chefs’ knives, known for their sharp-edged, hard blades.

A hard but fragile carbon core material is enclosed in a sticky, hard-to-stain material to ensure that the Damascus knife doesn’t get rusted easily. The beautiful swirling patterns on the knife are also desirable by many, which is why the knife is becoming increasingly popular.

How much is a Damascus chefs knife?

Modern Damascus steel that is used in the knives comes in different qualities, thus leading to a difference in the prices.

It is important to remember that while buying modern Damascus steel, you need to be aware of the quality of the steel. Some manufacturers today are making mediocre knives with laser etchings on the surface to make the blade look like it has similar swirling patterns as the original ones. But the knives that are of the better quality contain high to maybe even ultrahigh carbon content. This quantity is highly dependent on the type of method that was used to create the knife.

Damascus chefs’ knives can cost as little as £45 to as high as £1600, depending on the quality of the blade. If you are buying it as a kitchen decoration, the budget-friendly versions are well enough. However, if you want it for its performance, make sure you buy something in the medium to high range.

Where are Damascus knives made?

The Damascus blades were earlier crafted in the city of Damascus by the skilled Islamic blacksmiths in the 4th Century B.C. However, the techniques that they used have been long lost now.

The modern Damascus knives are made by the finest Japanese blacksmiths and craftsmen through a technique called “san-mai” that produces results similar to the 4th Century Damascus steel.

How are the Damascus knives characterized?

Damascus knives aren’t just characterized by swirling patterns. Sure, it is one of the most significant visual components of the blade but it can also be achieved by etching patterns on a regular knife. What truly makes a Damascus blade is the technique that was used to create that blade. Sandwiching a thin layer of hard, brittle steel that does the cutting between layers of soft steel that absorb the shock is what characterizes a true Damascus knife.

Damascus knives are one of the most beautiful, visually stimulating, and sharpest knives in the world. A Damascus chef’s knife made by a skilled blacksmith and sourced from a reliable supplier can be a great investment for a busy kitchen that works frequently with ingredients like seafood and other ‘slimy’ textured things that need to be cut with the sharpest steel.