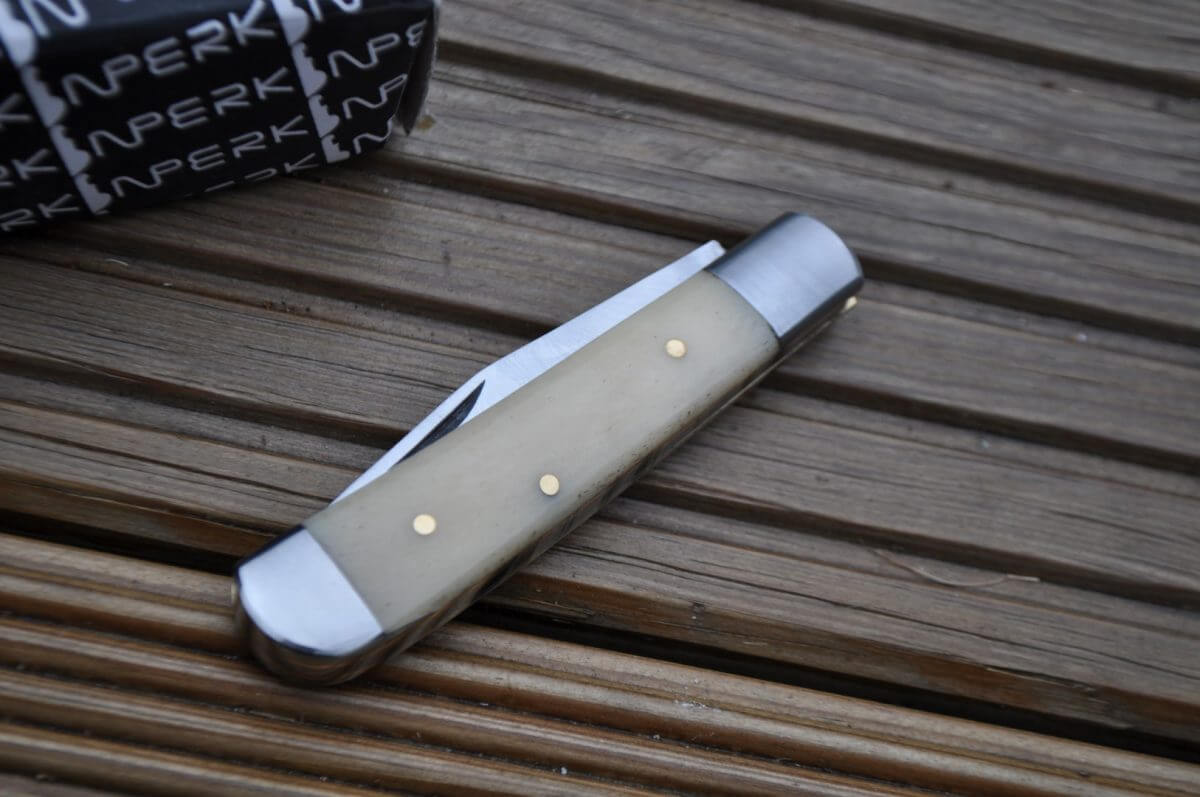 French knives are known for their strength and versatility. Those who use French knives frequently will be aware of its countless uses. Just like other knives, French knives have a loyal customer base. Think of a French knife and the first thing that will come to mind is a Laguiole knife. Originally, this knife happens to be a heavy-duty Occipital knife that can be slipped into one’s pocket with a lot of ease. The standards are high and the knife is good enough to give you years of uninterrupted service.

German blades feature a lot more arc than their French counterparts. This arc is spread across the entire length of your blade’s edge, whereas French blades happen to be much flatter. They are flat from the heel to the tip.

How to ascertain if the knife is  a genuine Laguiole or not?

If you happen to be a die-hard fan of a genuine French knife, then you will be well aware of the fact that markets are flooded with fake Laguiole knives. These French knives are not good enough to give you years of service. Also, such knives tend to lose their sharpness much earlier than expected. First-time buyers are expected to fall prey to this menace. In order to avoid all the trouble, you need to check the knife thoroughly before you plan to buy it.

You might also come across French pen and French pocket knives that have the word ‘Authentic’ engraved on it. Well, the word authentic has is of no value (yes, seriously). Many of these counterfeit knives are made using substandard-quality materials. Also, these counterfeit French knives are not made in the same artisanal way as an original. Some of these fake Laguiole knives are imported from other countries as well.

Ways to recognise a fake

As stated earlier, marketplaces are flooded with fake French pocket knives. Nobody likes to chase vendors in order to get a knife replaced. In order to make your life easy, you need to ensure that the knife you’re buying is 100% genuine.

Simply put, a genuine Laguiole knife doesn’t have cartels. Laguiole knives having a serrated cut have little or nothing to do with the actual tradition.

2: Original Laguiole knives are made in France

After the serration, comes the price. A genuine Laguiole knife is made in France. Every single thing, right from the blade of the knife to its grip, is designed and manufactured in France. If experienced knife owners are handed a fake Laguiole knife, they’ll be able to recognise it within no time. The finishing of a traditional French pocket knife is the one to savour. The finishing of a genuine French knife is done by hand. In all fairness, most of the French pocket knives are handmade.

Owning a genuine French knife is an experience that cannot be expressed in words. Getting to own it is a privilege, and you won’t get to own this privilege by spending US$10. A French knife comes with a story. It carries with itself a legacy. More often than not, French knives are owned and used by people before passing them over to the next generation. Therefore, the story just keeps on extending.

As stated earlier, French knives are made using premium-quality materials. Much like the blade, the handle too is made using buffalo horn and/or olive wood. All of it is bound to provide you with a rich and elegant look and feel. Again, the point that needs to be reiterated is: you won’t get all of this at a cheap price. The experience of owning a genuine French knife comes at a price.

To top it all, getting to own an authentic French knife happens to be an experience like no other. It is one of those ‘intangible pleasures’ of life. If you wish to experience the thrill of owning a genuine French pocket knife, then get in touch with one of the reliable knife vendors near you.